First commenced in January, 2004, Cranfield University's 'World Soil Survey Archive and Catalogue' (WOSSAC) project aims to develop an archive and catalogue of all substantial soil surveys, reports and maps made overseas, with particular reference to those by British companies and personnel, to provide a safe repository for endangered copies, and to make the accrued information widely available for consultation by interested parties. 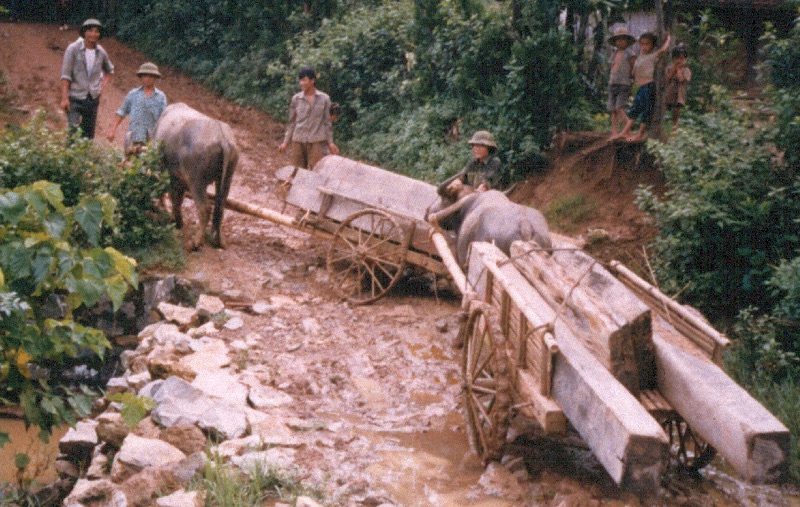 Why WOSSAC has been developed

We draw the WOSSAC project to soil scientist's attention, hoping that you will find the following interesting and worth encouraging.

It has increasingly become a matter of concern for the British Society of Soil Science (BSSS) and the Tropical Agricultural Association (TAA) and the International Union of Soil Sciences (IUSS), among others, that large numbers of soil surveys made worldwide in the past 80 years in some 359 territories worldwide, principally by British companies and soil survey staff, are in danger of being lost, destroyed and becoming generally unavailable. This situation arises at a time when there is reviving interest in soils on global and regional agendas and an increasing realisation of the crucial role of soils in sustainable development and the functioning of the environment.

Many of the surveys were produced in only limited print runs, and many copies have since been lost. For some surveys, the private copies held by individuals are now the only ones remaining. Serious problems arising from this include:

There have been earlier proposals to rectify this situation by setting up a central collection, in which people could lodge copies that they no longer need. However these efforts lacked a committed institutional base and made limited progress.

Cranfield University has now taken on the task with the support of the British Society of Soil Science (BSSS), the Tropical Agriculture Association (TAA) and the International Union of Soil Sciences (IUSS), and is pleased to pledge its support for the establishment on a World Soil Survey Archive and Catalogue (WOSSAC) of materials and under the management of the Cranfield Soil and AgriFood Institute (CSAI). The aims of WOSSAC are:

Cranfield University is pleased to take responsibility for this project and will find sufficient space to house the hard copy archive into the foreseeable future, safeguard it to the best of its ability and provide access to visitors wishing to inspect the material.

WOSSAC and Cranfield University do not seek to infringe, in spirit or in letter, on the Copyright and other Intellectual Property Rights of the original publishers of the surveys. We seek to obtain clearance from originators and sponsors responsible for many of the surveys, to hold them available for public access

People who follow the second option above, might like to ensure that their collections are eventually deposited with the WOSSAC Archive when they no longer need them.

We should stress that this is a non-commercial venture, and that we intend to charge users only for covering our costs and for copying, scanning and mailing etc. Cranfield University will supply some of the physical resources needed, and WOSSAC will seek to obtain external funding and financial backing for its operation, maintenance and operating costs.

We shall be publicising this initiative through BSSS, TAA, IPSS, the Association for Better Land Husbandry, and other professional societies, and also through less formal channels, such as reunions. Please bear with us if you are approached several times. We have to risk repetition and overlap if we wish to have good coverage.

We hope that you will be able to support and participate in this project. We shall be happy to provide any further information and/or to attend any meetings that you think may help in clarification. Please Contact us.

Large numbers of substantial soil surveys have been made worldwide by British companies over the past 80 years, mainly funded by governments as well as development assistance donors, representing over 348 territories worldwide. A rough estimate, almost certainly on the low side, is that such surveys number many tens of thousands and by today's prices would cost many hundreds of million pounds sterling to repeat! So expensive would this prove that in truth such surveys are never likely to be undertaken again; yet until WOSSAC, many of these unique materials were scattered, unprotected and in danger of being lost forever. The WOSSAC Archive represents an extremely valuable bank of international data about soils, their nature, properties and potential use of land, made ever more important by the pressing needs of the developing world as never before. Many of the 17 items of the UN Sustainable Development goals can be directly related to and informed by the contents of the WOSSAC archive. In particular, Goals 2 'Zero Hunger', and 15 'Life on Land' speak strongly to the agenda of WOSSAC

This large body of information about world soils has been in grave danger of becoming lost, destroyed or generally unavailable as the original donor funding agencies have been subject to reorganisation, and the companies that produced the surveys have been acquired, merged, downsized or closed down, and with many of the original the soil surveyors themselves being now retiring or deceased.

Before WOSSAC, there was no organised resource-base detailing what exists, in what state or how available it is. Therefore at the behest of the British Society of Soil Sciences (BSSS) and with the full support of the International Union of Soil Sciences (IUSS) and the Tropical Agriculture Association (TAA), the National Soil Resources Institute (NSRI) located at Cranfield University has undertaken to catalogue, archive and manage this important body of information and to make it widely available to the stakeholder community. There are currently many tens of thousands of volumes of reports and maps in store in the process of being classified and archived. A huge proportion of the collection has already been catalogued and these items may be interrogated using the search tools on this website. Work is ongoing to complete the cataloguing process, and to make the materials themselves available in electronic form using the Internet. 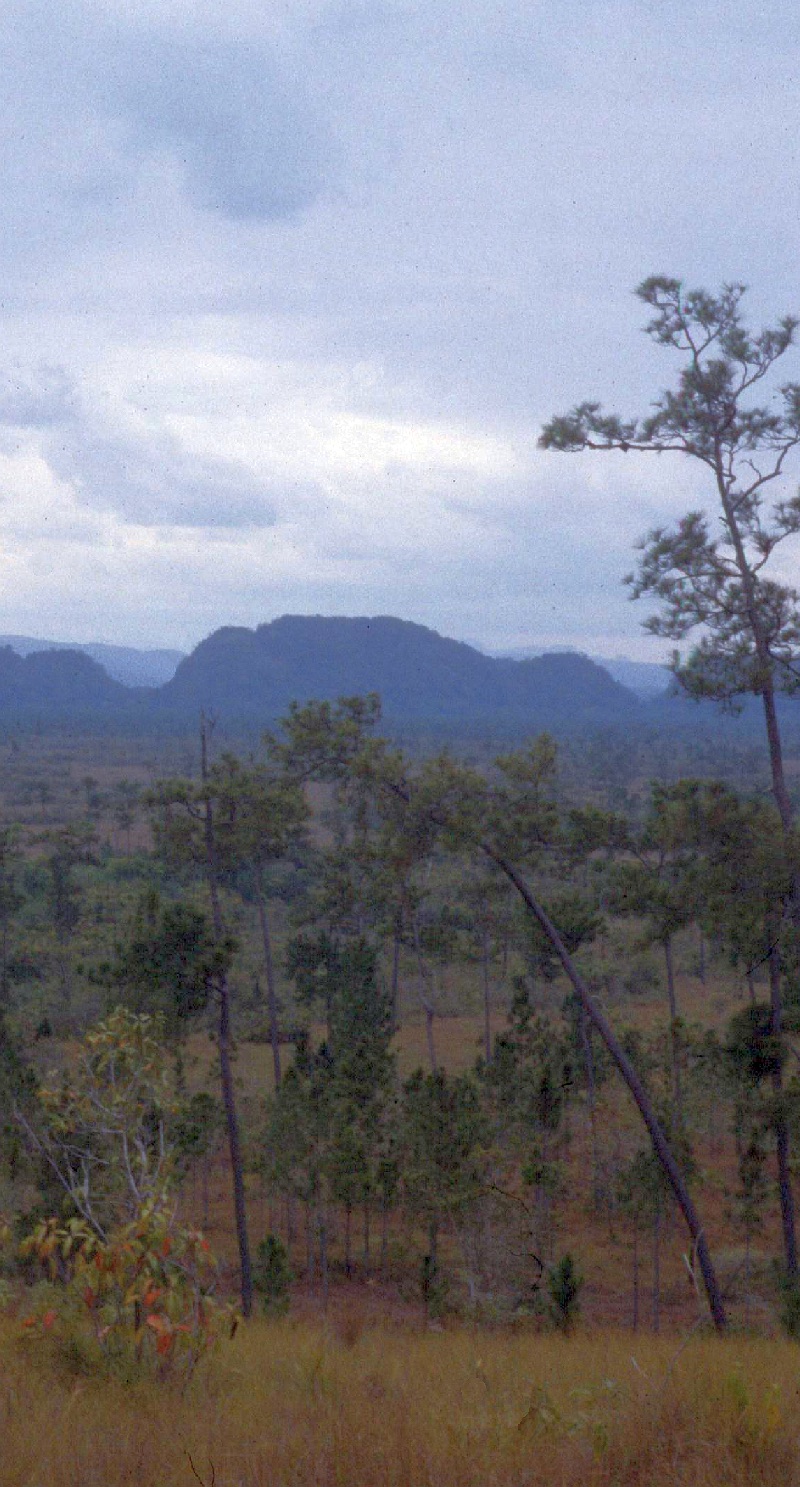 Why is soil survey information in WOSSAC important?

Why does it warrant conservation and dissemination?

Firstly, many of the more disadvantaged and distressed peoples in Africa and elsewhere in the LDC's depend on agriculture for their livelihoods, and for their lives. Some of the problems they face are unavoidable but are exacerbated by mismanagement of their soils. Improved soil management can contribute substantially to increasing agricultural production and improving rural welfare. However effective technical intervention requires understanding of the types and distributions of the soils involved.

Secondly, one of the ways in which CO2 emissions can be offset is by increased carbon sequestration in soils. As loss of organic matter is one of the main causes of soil degradation in the tropics, modifying soil management to increase organic matter contents has the dual benefits of withdrawing carbon from the atmosphere and also improving soil productivity. However, once again, choosing the right interventions depends on knowledge of the types of soils and their distributions.

It is therefore important to have as much information as possible on the soils of Africa and other LDC's. Fortunately, the WOSSAC archive contains a considerable body of such knowledge in the form of soil survey reports and maps undertaken by British projects, companies and surveyors in the past 80 years or so. Many of these were initiated by DfID and its predecessors, and therefore paid for by the UK taxpayer. It is estimated that to undertake these surveys anew would cost substantially more than a hundred million pounds at present rates, and might even be impossible, because the skilled personnel have died, retired or moved onto other work, and they have not been replaced.

Because many of the basic properties of soils are relatively immutable over the medium term, soils data tend to have a long shelf life and soil surveys done 40-50+ years ago are still valid and valuable today. Indeed contemporary remote sensing techniques and approaches, such as digital soil mapping rely on legacy data for ground truthing and validation - without the contents of archives such as WOSSAC these datasets are often very hard to locate.

It is important to draw the WOSSAC project to the attention of the soil science community. We would welcome any assistance in this matter that can be offered. One practical means to achieve this is to print off copies of the WOSSAC poster and to display them. also, if there are individuals or organisations who you think would be interested in our work, please let us know. 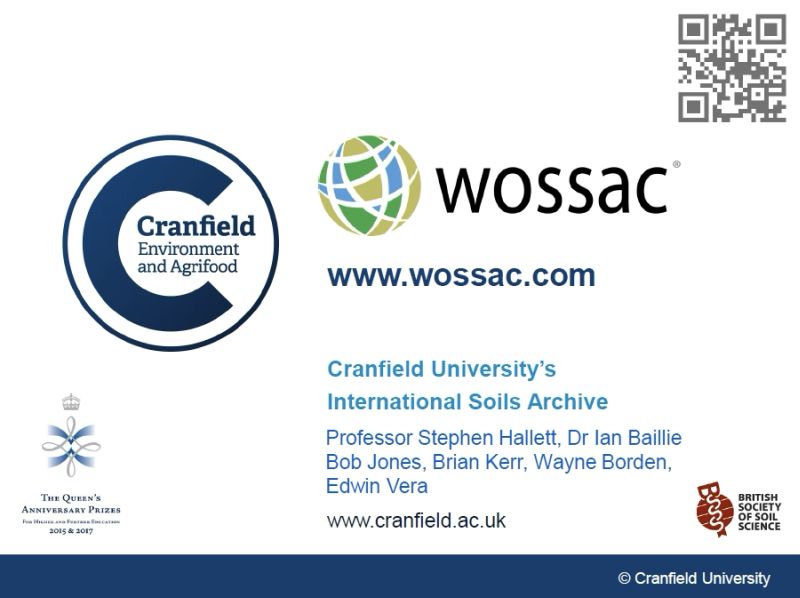 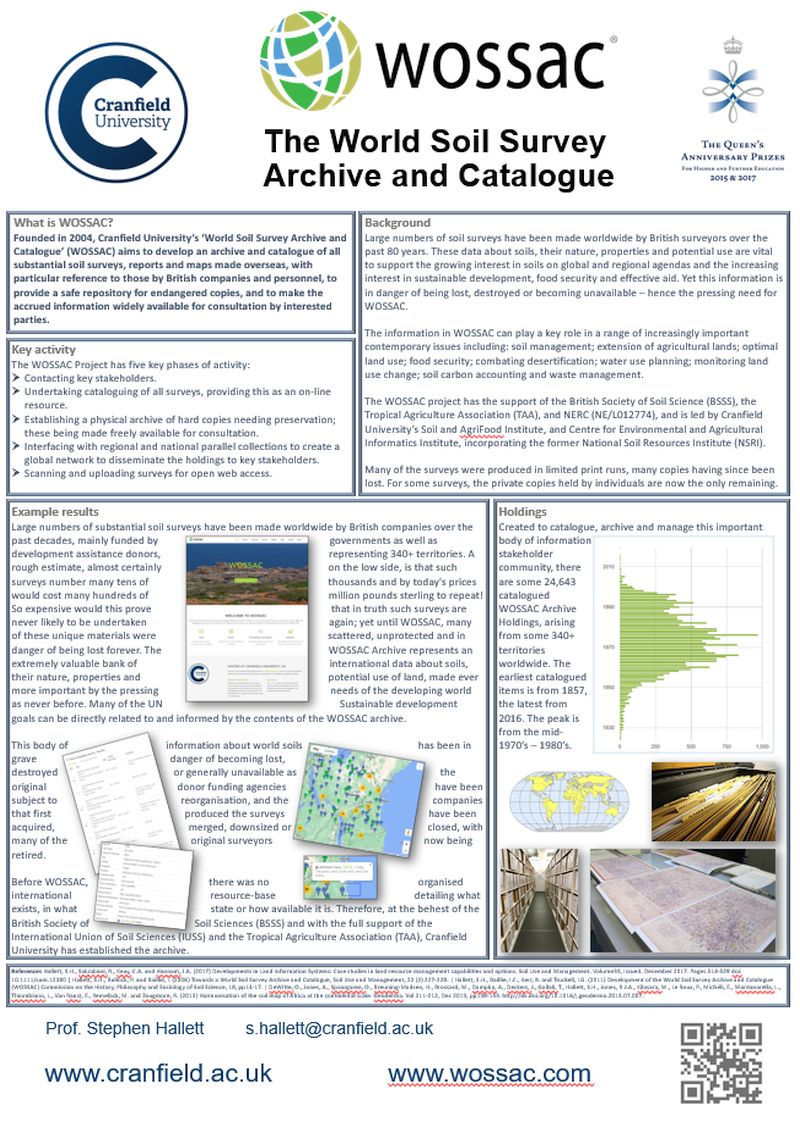