The mission of the World Soil Survey Archive and Catalogue (WOSSAC) at Cranfield University, UK, is to provide a secure home for soil survey reports, maps, imagery and photographs produced over the last 80 years from 342 territories worldwide, with a view to ensuring their enduring availability and protection. WOSSAC holds:

Maps and charts of soil and environmental themes worldwide 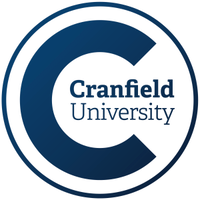 For 50 years, Cranfield has been contributing to enhancing natural capital and ensuring that global food systems are more resilient for the future. We are recognised worldwide by industry, government and academe for our research and teaching in plants, soil, water and air.

Cranfield University is delighted to announce that, for the fifth time in its history, it has been the proud recipient of a prestigious Queen’s Anniversary Prize, in recognition of research and education in large-scale soil and environmental data for the sustainable use of natural resources in the UK and worldwide. Cranfield is one of only eight institutions to have won the award on five or more separate occasions.

This is the first time in the Prize”s history that an award has been given for soil science. Cranfield University's world-class expertise, large-scale facilities and unrivalled industry partnerships is creating leaders in technology and management globally.

Our prize was made ‘In recognition of research and education in large-scale soil and environmental data for the sustainable use of natural resources in the UK and worldwide’. The WOSSAC Archive and related soil facilities played a critical part in this success story for the University. 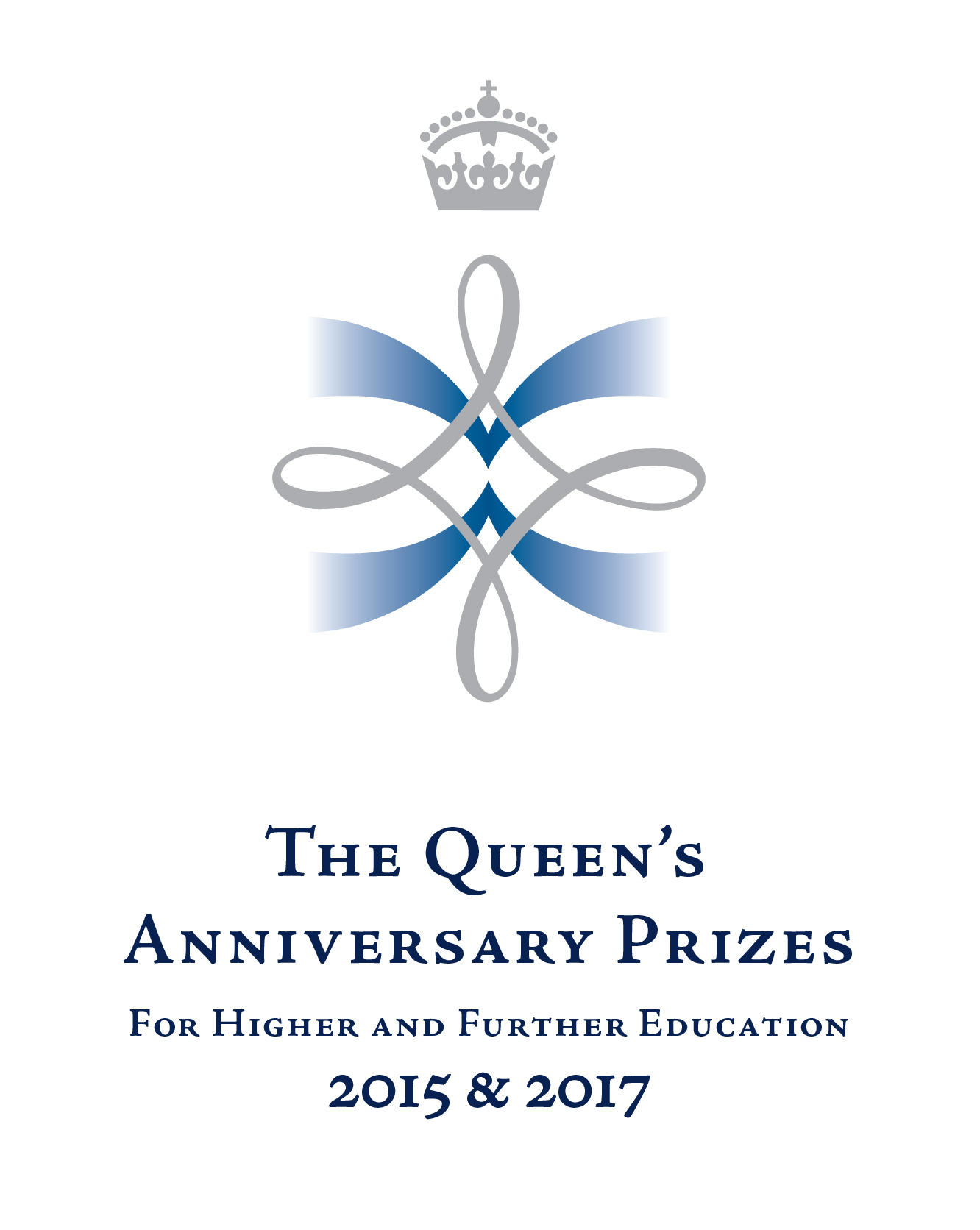 WOSSAC offers a range of means to search and access the many materials held in the archive collections. The search box offers a quick means to search, or alternatively select the Search Catalogue option from the menu above. This allows you to make a full search across the entire catalogue using more refined search options. You may also search using a map.

Make a quick search of the whole archive.

Make a detailed search of the whole archive.

Make a geographical search of the archive.

The WOSSAC Archive and its many resources can be of enormous assistance for a range of applications and activities, from national and regional strategic land planning, to managing development and relief efforts, to the conduct of academic research. WOSSAC contains a huge wealth of unique reports, maps, manuscripts, photographs and albums covering scores of countries around the world over a period of many decades. The following examples give an idea of how the WOSSAC archive is being used to further development aid, relief work and research.

I am investigating the socio-economic and environmental impacts that a social enterprise has had in Toledo, Belize. The WOSSAC team helped me access the 'Land systems' and 'Land use in 1970 and 1985' maps, which were missing from an online version of King et al.'s (1986) Land resource survey of Toledo District, Belize. The maps allowed me to compare my results to King et al.'s (1986) findings regarding the soils, topography, land-use, and land-use changes of the different regions in the Toledo District, Belize. The WOSSAC team provided regular updates, quick email replies, and collaborated effectively to scan the maps and send them to me within a week. A big thank you to Brian Kerr, Stephen Hallett, Bob Jones, and Caroline Keay for their help.

Forest and Landscape, Denmark are in the process of mapping "Potential Natural Vegetation" (PNV) in Ethiopia, Kenya, Uganda, Rwanda, Tanzania, Malawi, and Zambia. Our interest is in identifying maps that describe floristic vegetation types (like Colin Trapnell's maps of South West Kenya). We have already collated large numbers of maps, but the WOSSAC website can clearly provide access to still more.

We hope to be able to expand the mapping to more countries in Africa. We will therefore visit the WOSSAC website regularly in the hope that more of the material will be made available for download.

Working on Water Management in Uganda

The WOSSAC collection at Cranfield University has been an invaluable resource during my research on water management in South Western Uganda. I have been able to access both topographical maps of the area I was studying, as well as soil maps which were difficult to obtain in Uganda.

As South Western Uganda is a little-studied region the maps at WOSSAC were a vital resource enabling me to gain an in-depth knowledge of the terrain which would have been impossible without them. The staff and researchers at WOSSAC were extremely helpful and I will undoubtedly consult the WOSSAC collection during any future research projects.

I was awarded the position of Soil Salinity and Improvement specialist on the ADB Earthquake and Tsunami Emergency Support Project in Banda Aceh with the brief of assessing the salinity situation post-tsunami and coming up with remedial strategies to help get agriculture back on stream. What was evident from the start was that, since the Aceh area had been closed to the outside world for about 20 years due to the rebel activity, there was a serious lack of available historic material to use as background.

The frustrating thing was that I knew that there was a wealth of data somewhere but locally no-one knew anything about, or would admit to knowing about, previous studies. A basic search on WOSSAC revealed that a very large base of material did exist and it was then a case of working out just what might prove useful. Anyway, with the help of the WOSSAC team at Cranfield I was able to narrow down the search a good deal and managed to extract some critical summary information from the Aceh Design Unit documents which fully supported my own suspicions and deductions, adding to my assumptions made using what little new data that did exist together with a few quick field trips.

What I needed was confirmation that "there was a known risk of drainage problems" and that the dreaded "aluminium / acidity problem" existed. WOSSAC was able to supply this confirmation and that made my negotiations with and persuasion of the local experts that much simpler and eventually I got people believing me that there was a chronic, low level salinity problem which would not go away because the drainage systems were all blocked or non-functioning. The danger of acidification as the soils were dried out was also then built in to the expected outputs that I had to make.

A critical part of my Master's thesis research involved the collection of original National Soil Map and Land Use Project documentation on-site in Jordan. This documentation was necessary for an in-depth understanding of the project, and therefore for the success of my thesis and the recovery of the project data.

It is clear to me that the services provided by WOSSAC have the potential to secure extremely costly data from loss, and thereby to ensure that the intended benefits of soil studies are realised. This is especially the case for studies in less developed countries where the data storage infrastructure and data maintenance may be unsuited for the long term storing of large quantities of data.

These services are extremely important for academics, researchers, development organisation, and ultimately for those people living in studied areas. WOSSAC therefore offers a excellent example or model for data security and sharing and is clearly the most important Internet resources for soil survey data.

Archaeology in Jordan and the dawn of agriculture

An enquiry to WOSSAC from Australia relating to site information for the Jordan Valley, illustrates the range of uses to which the archived soils and land documentation stored at Cranfield University can be applied. A graduate student researching archaeological sites from the Early Natufian culture, asked for assistance in building a picture of landform and soils in an area of northwest Jordan. Settlement sites are present in the intricate wadi system cut into the limestone plateau south of Lake Tiberias. Prior to the formation of the wadi system, the exceptional geological situation here created a fertile microenvironment fed by perpetual springs of ground water outflow buffering the region from seasonal, episodic, and long-term aridity. Therefore, the palaeoenvironment within this region was incredibly favourable and supported semi-continuous human occupation from the Lower Palaeolithic, through the Middle and into the Epipalaeolithic culminating in the Early Natufian occupation.

The existing evidence from Natufian sites in the Southern Levant, suggest a semi-sedentary population which had mastered the art of using wild cereal crops for bread making as early as 12,500 BC. This predates the agricultural revolution and therefore makes evidence from these sites important in understanding the domestication of crops.

In this study, sedimentation and micro-stratigraphic examination within an archaeological site is seeking to identify early soil development within the excavation samples. This will allow a separation of natural pedological processes, from deposits which have archaeological significance.

As the request identified the WOSSAC identification numbers, the documents, could be rapidly brought together from the archive storage system. The key resources came from the, Soils of Jordan: National Soil Map and Land Use Project, implemented by Hunting Technical Services and the National Survey and Land Research Centre in Amman. This work was carried out in the early 1990s. Mapping was at reconnaissance level and published at a scale of 1:250,000; semi-detailed at 1:50,000; and also some mapping for land with agricultural potential at a detailed scale. The most general description of landforms and soils within the wadis was sufficient for this archaeological work.

This enquiry is an example of how WOSSAC resources can be utilized effectively. The archive holds a complete set of data; the system allowed the data to be quickly found; and the graduate student was supplied both with mapped data and a brief explanation of the mapping methodology which set the information in context.

Recent news and updates from the WOSSAC archive. See All the blogs » 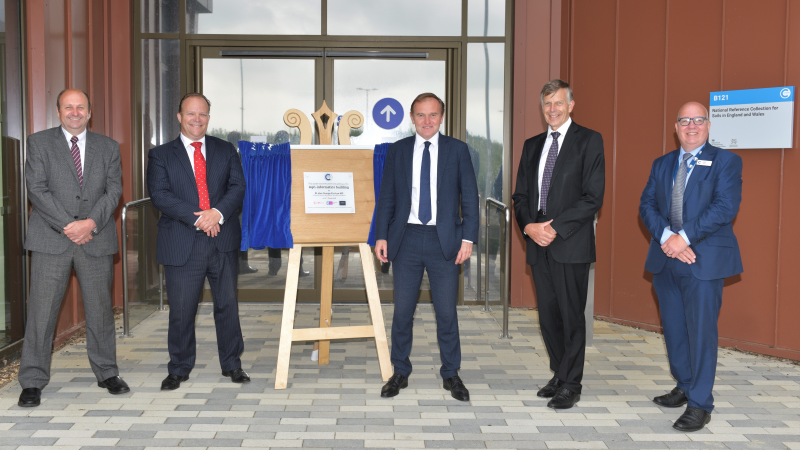 An exciting new home for the WOSSAC archive

A new £3.2 million Agri-informatics facility has today been officially opened at Cranfield University by Rt Hon. George Eustice MP, the Secretary of State for Environment, Food and Rural Affairs. A new home for the WOSSAC archive, Cranfield and its partners will use the facility to create innovative informatics to support novel business, management and policy approaches in the agricultural sector..... 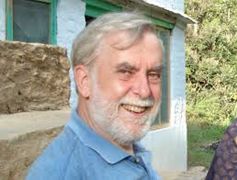 A friend of WOSSAC remembered

WOSSAC is very sorry to hear of the death Keith Virgo from Covid, caught whilst he was in rehab after major heart surgery. We send our sympathy and condolences to his widow Sandy and all of his family. Coming together with the passing of Hugh Brammer, Keithâ€™s death is a blow to WOSSAC, and the tropical soil science and overseas agricultural development communities in Britain.... 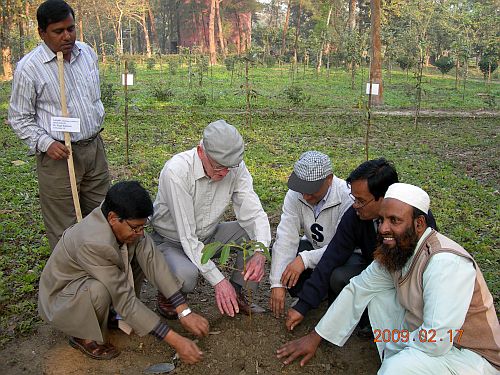 WOSSAC is very sorry to hear of the death of Hugh Brammer on 13th January 2021, at the age of 95. We wish to send our condolences to his family and many friends. Coming so soon after the passing of Keith Virgo, Hughâ€™s death comes very much as a double blow to WOSSAC and the tropical soil science community in Britain.

WOSSAC has long been aware of Hughâ€™s stature and work, and we had some of his documents in the archive, some which he had donated himself. But it was only in the last year of his life that he worked closely with WOSSAC...